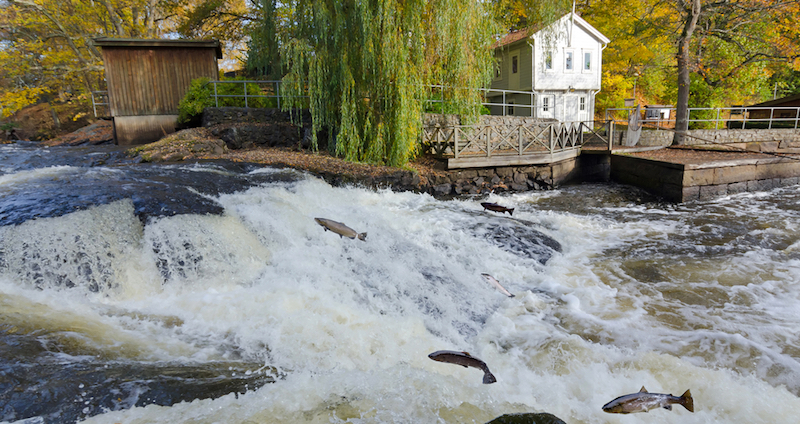 The project Follow-up of returning migrating salmon was carried out in 2014–2017. The purpose was to study the survival at sea of farmed salmon, returning from a previous research project. The previous study aimed to produce farmed salmon that was physiologically more similar to wild salmon. Results from the study are reported in the report Functional methods for cultivation of physiologically adapted salmon smolt, Elforsk report 14: 2. The fish were monitored on their return to their original rivers. Conclusions from the return migration can be found in the final report Energy Research 107: 456.

To give you the best possible experience and services on energy r&d this site uses cookies. By using our site you agree to our use of cookies. More information about cookies and GDPR.